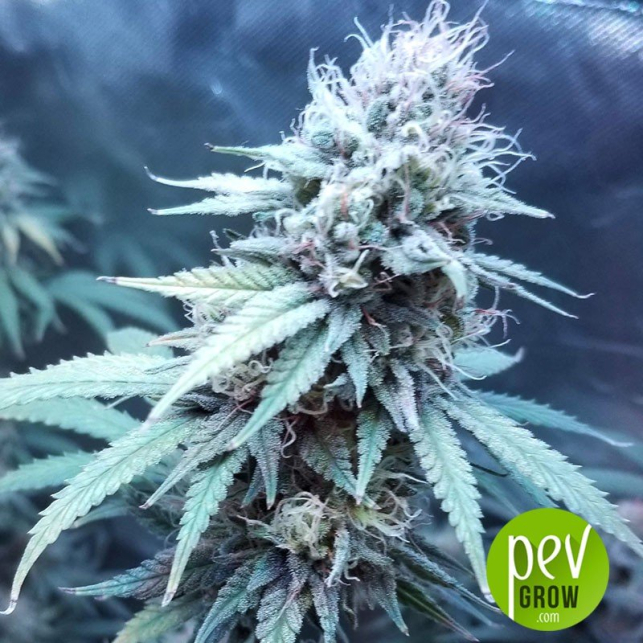 PEV Grow presents one of the versions most awaited by all of you: Edam Bomb. The new atomic flavor bomb signed by the breeders of Bomb Seeds, simply perfect! The result is a really productive weed that inherits the flavour that has turned Cheese into a marijuana myth.

What is the structure of Edam Bomb?

Morphologically Edam Bomb is a slightly dominant Indica hybrid, which grows very strong and vigorously with a pronounced lateral branching structure and the typical pyramidal shape. It tends to concentrate production on a long central tail, with some satellite branches. You will be able to cut it between 6-8 weeks from the germination.

This is where Edam Bomb "is sweeping it", with an impressive taste of cured cheese with a final spicy touch that dominates the experience. It will make each puff plunge you into such a pleasant state that it will look anything but real. A pass!

What effect does Edam Bomb produce?

Its effect is quite balanced. It offers an active mental high and an awake mind, with intense body relaxation. Perfect for relaxing and calming nerves. Bye Bye stress!

How is Edam Bomb grown?

In indoor crops, of course, you must install an active carbon filter in the extraction system because its aroma is very intense from the beginning, so it’s essential not to attract the attention of neighbors. I also install a couple of ozonators, because I guarantee you won't have grown too many plants that smell as much as this one. Put it in 9 litre pots and you'll fit about 11 plants per m2, under an HPS light with 600 w and a Cooltube reflector.

In outdoor crops tends to stretch more than indoors, especially if you can plant on mother earth, but the truth is that unless you live isolated without too many neighbors nearby, I do not recommend it too much for its intense aroma that attracts so much attention. Its resistance to the attacks of plagues is average and if you don't watch it closely you can have some problem with the fungi, especially for its structure that sometimes suffers from lack of ventilation. For this your best ally will be Botryprot and Canna Cure by Canna.

How much does Edam Bomb produce?

In indoor crops the production is between 400-500 grams per m2, and outdoors, in favorable conditions, its production is also high.

For you who are a lover of flavors with personality, Edam Bomb is going to be one of your favorite marijuana seeds. Now available in PEV Grow in both feminized and regular version! 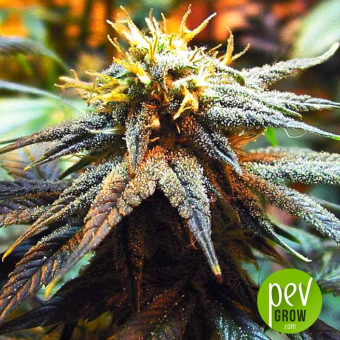 Mango Skunk
$46.13 $51.25 -10%
Opinions and doubts about Edam Bomb
Leave us your opinion or ask us any questions you have about this seed and participate in the draw!