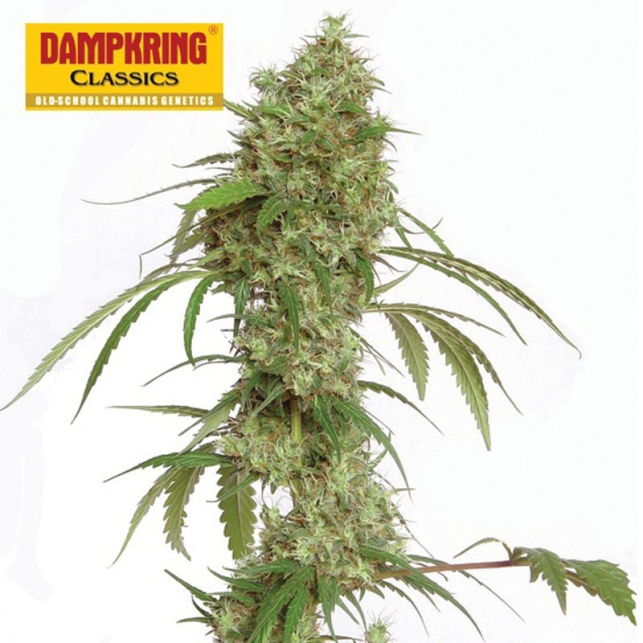 Available in Piensa en Verde a new variety Regular Dutch Kiwi Seeds bank called Oceans 12 Haze, a sophisticated and precious variety, which grows strong and vigorous that will give us a powerful and dilated high.

To obtain Oceans 12 Haze a genetic mix has been made that comes from the crossing of several strains studied by Kiwi Seeds and the Coffee Shop De Dampkring to obtain a wonderful variety that pays tribute to the film Ocean's Twelve, since in that coffee shop were filmed Several scenes, in which they participated a cast of great prestige actors like George Clooney, Matt Damon, Julia Roberts and Brad Pitt.
Its 10-11 weeks of the flowering period of 10-11 weeks are few due to its marked accent sativa and Haze, after which we will obtain wide, compact plants and intermediate stature that give us a lot of compact and hard buds covered with resin .

Oceans 12 Haze is a classic and highly reputed strain in Amsterdam's coffee shops that produces at least 400 grams of fucking pleasure whether the crops are grown indoors or outdoors.

It has an intense aroma and flavor with sweet touches and nuances, earthy and spicy, a set of sensations magnificent and heady for the senses and with which any consumer will be trapped.

The cannabis of Ocean's 12 Haze gives us a powerful and dilated high that leaves us in a perfect state of mind to maintain pleasant gatherings that will be accompanied by great doses of happiness.


We remind our clients residing in France that cannabis seeds not listed in the European Community catalog are products exclusively intended for genetic conservation and collection, and in no case are for cultivation. It is strictly forbidden to germinate them on French territory, with the exception of those authorised by the European Union. We do not encourage our customers to break the law in any way and are not responsible for their use.
New product
Opinions and doubts about Ocean's 12 Haze Regular
Leave us your opinion or ask us any questions you have about this seed and participate in the draw!