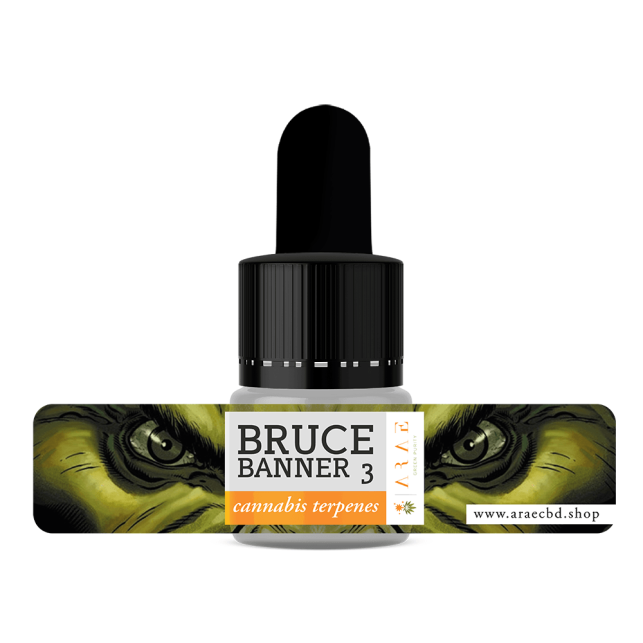 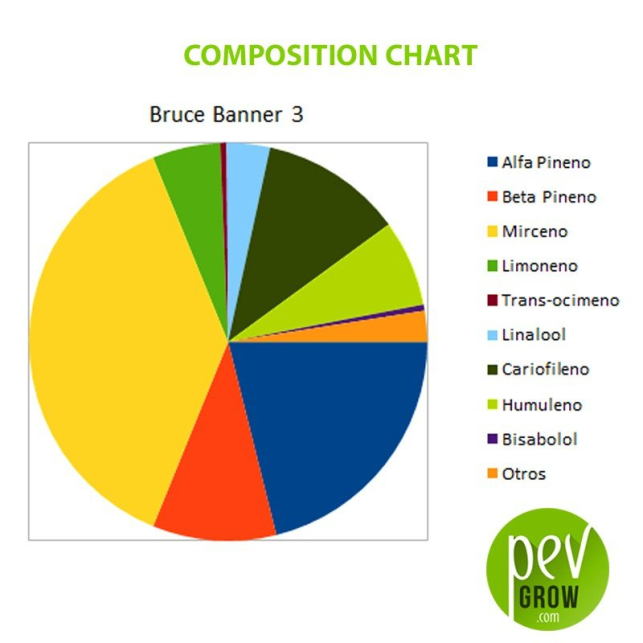 You can now find exclusively at PEV Grow the Terpenes Strains of the house ARAE.

These terpene profiles have been obtained directly from the most famous cannabis varieties with the method of extraction by ethanol, without using any type of solvent or other chemical element that may pose a risk to your health.

This mixture of terpenes of natural origin gathers all the organoleptic essence of the strains of marijuana awarded by its exquisite aroma, flavor and effect.

In your Grow Shop you can trust ARAE strains from which you can choose the taste you like best. Remember that terpenes have medicinal properties, the synergy between them causes a entourage effect in the body that you will love. Enjoy them!

You can use these terpenes to give flavor and effect although experience and trial error will make you become a professional, here are some doses to start.

The first thing you should know is that one drop of our terpenes is equivalent to 0.02 grams.

E-Liquids: If you want to make your own vapeo liquid you can start from a base of glycerin and propylene glycol and add 2-3% terpenes.

Resins or waxes: To season Wax, Rosin or BHO you can start with 2% of the weight. If for example you have 1 gram of extraction you will have to add 1 drop of terpenes.

Marijuana flowers: 2% of the weight is a good starting point, you can spray the terpenes evenly by the flowers and then keep them in a closed place for proper healing. In this way the buds will absorb all the properties of the terpenes.

Lotions and cosmetics: In this case 5% of the terpenes of the total weight is ideal. If you have a cream that weighs 50 grams, you can add up to 2.6 grams of terpenes.

Sparkling water, champagne or drinks: After many tests I can tell you that 5 drops per liter is the perfect combination. So to a glass of cava you can add 1 drop of your favourite terpene.

Edible: Although the food seasoned with terpenes is still in diapers, for chefs who use them in recipes there seems to be unanimity in using 0.5% of the weight.

Safety recommendations for their use:

To consume ARAE terpenes you must follow this series of recommendations, so that your experience is fully satisfactory:

- Avoid direct contact with the eyes and skin. When using the terpene profile, use the correct dropper.

- Never consume terpenes directly, they always have to be diluted.

All ARAE terpene profiles have all the certificates that guarantee their full quality and safety for consumption:

- Food Grade Certificate: which guarantees that it can be used, for food consumption, with food or beverages.

- Kosher" Certificate: It establishes that it can be consumed by people of Jewish religion, as it complies with the standards required by Jewish dietary regulations.

- Halal Certificate: Guarantees that people of Muslim religion can consume these terpenes without any problem.

Its flavour is a combination between the sweet and fruity nuances inherited from Fat Banana and the final aftertaste of strawberry chewing gum provided by its Bubble Gum genetics. Its aroma is characterized by a fragrance of Banana that will certainly not leave you indifferent, creating an organoleptic experience that until now had not been able to experience, enjoy it!

The flavour and aroma of the ARAE Jamaican Lambsbread terpene profile are characterised by earthy and woody touches with floral notes, which give it freshness and personality. This variety has been known and iconized as one of Bob Marley's favorites, and just the fact of imagining the iconic Reggae king composing his masterpieces, with a Jamaican Lambsbread joint in his hand, already makes it a very special experience.

The flavour and aroma of the ARAE Bruce Banner 3 terpenes profile is a real outrage, especially if you are an Old School lover and love strong flavours with personality. The flavour of the Bruce Banner 3 terpene profile is characterised by earthy touches with a background of Diesel and spices, which undoubtedly give it a unique personality and which is not suitable for the most sensitive palates.

Its taste and aroma is fresh and floral, accompanied by nuances of Diesel, forming a combination undoubtedly peculiar, but that is an authentic past. When you try it you will be delighted, and the only question you will have is where would be better to use it?

When you try the John Herer terpene profile for the first time, you'll understand why it's so great, and why it drags followers all over Spain and abroad. Its flavor and aroma are characterized by being fresh and floral, with certain reminiscences of Lavender, providing an experience that will undoubtedly, whether you apply it, send you non-stop to the island of pleasure. Do you feel up to it?

The taste of Gorilla Zkittlez terpenes profile is really wonderful, because it is marked by fruity and earthy touches, which are a real delight for the palate, and once you try, you will never stop.

The organoleptic properties of the Green Gelato 41 terpenes profile are characterized by an absolutely exceptional taste, with a citrus touch derived from the Shunshet Sherbet and a sweet cookie base derived from Thin Mint Cookies.

With the Alien's Dowg terpene profile, you'll discover an amalgam of sensations so incredible that you won't believe it's true. Its flavor is characterized by being earthy with a few spicy touches, which of course give personality and power, perfect for lovers of strong emotions.

The organoleptic properties of the Sugar Black Rose terpenes profile are a real delight for your taste buds, which will submerge you in a state of indescribable pleasure, thanks to the sweet taste and aroma that gives off, with touches of musk that give it a touch of personality, which makes it unique. To me personally, it drives me crazy, and the best of all is that I have achieved that my girlfriend also, in addition we use it daily for multiple applications.

When things are done well, the result is something as wonderful as this. The profile of Green Crack terpenes, has organoleptic properties that will make it the star product of the dispensary of every good Cannalover that prides itself. Its flavour is characterised by an incredible flavour, in which you will be able to perceive the combination between lemon cake, sandalwood, with fruity touches of mango and pineapple, and a final aftertaste of wood which gives it that distinctive touch which is really spectacular.

When you taste the profile of Alaskan Thunder Fuck terpenes, you will live a gourmet experience that you didn't know until now, and that is that its flavor is earthy, with touches of wood and pine that give it freshness, and for which you will salivate every time you think about it.

The organoleptic properties of the profile of Pineapple Express terpenes are a real wonder. As you have seen before, the varieties from which Pineapple Express derives, give it a mix of flavours, which once introduced into the Cannabis mixer have resulted in an unmistakable taste, sweet and with spicy nuances and a final aftertaste of cured cheese, which is the drop that fills the glass.

The amalgam of flavors that offers us this profile of terpenes is an authentic madness, its flavor is characterized by a strong presence of cured cheese, in combination with a few touches of sweet and pine, in addition to a final aftertaste of Diesel that is brutal. Its aroma is a combination of Diesel and Hash, with a pleasant sweet feeling, which will undoubtedly captivate you from the first moment.

The lovers of the varieties with a lot of personality and exclusivity are in luck, because the flavor of the Hindu Kush terpenes profile is really natural, to "Herb of all life", you will feel that you are teleporting to the very mountains of Kush. Its flavor is characterized by an intense touch of sandalwood, combined with an incredible sweet fragrance of fresh charas.

Opinions and doubts about Terpenes Strains ARAE
Leave us your opinion or ask us any questions you have about this seed and participate in the draw!