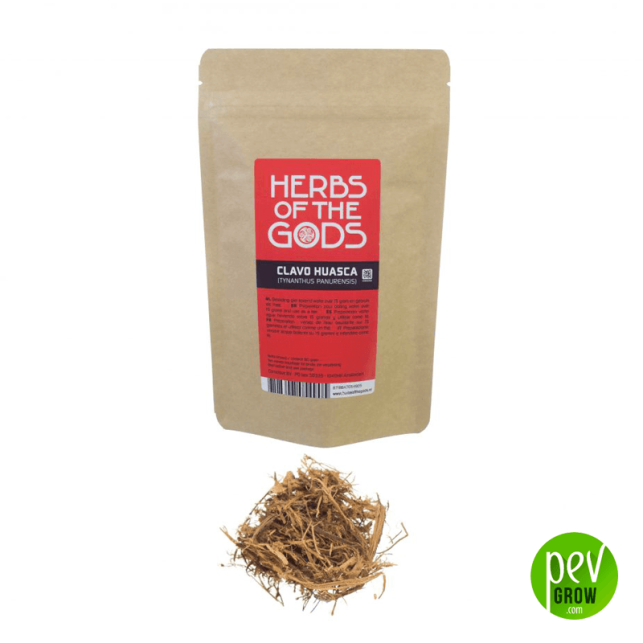 Clavo Huasca "(tynanthus panurensis) means" clove bush "and refers to the intense aroma that comes from its branches and leaves, similar to the aroma of cloves. It is a large and woody bush natural of the Amazonian tropical forest of South America and other parts of tropical South America

In Peru it is traditionally prepared by soaking the root of the trunks of the plant in alcohol or, more commonly, in the local sugar cane rum called "aguardiente." In Peruvian natural medicine it is highly respected as a male and female aphrodisiac. The Amazonian Indians of both Peru and Brazil consider it a great remedy for impotence problems. Today it is the elemental ingredient of the two aphrodisiac formulas and against impotence most used in South America.

is known to relieve rheumatism pain and also works as a sexual stimulant, but it is also used effectively in pain relief Tooth ores, as a digestive, for fevers, rheumatism and arthritis, as a muscle tonic and calming (tones, balances and strengthens the bodily functions in general).

It is also known as an additional ingredient in various ayahuasca recipes (or to be taken shortly after the potion) to regulate the stomach. Although clavo huasca is not a hallucinogen, the ayahuasca potion can be quite purgative , causing vomiting and diarrhea. That is why clavo huasca is added or taken simultaneously to help reduce these unpleasant effects.

Opinions and doubts about Clavo Huasca (Tynanthus Panurensis)
Leave us your opinion or ask us any questions you have about this seed and participate in the draw!