If your plant has been invaded by a plague of aphids, be careful because you are facing one of the insects that most virus attracts, rapidly weakening your marijuana plant and therefore having to proceed to remove various parts of the plant, which can be a drama, especially if it is in flowering stage and you and expect results.

We have spoken so far, different insect pests that can damage our plant and therefore harvest so eagerly have waited for so previous months, but in this case we want to talk about one of the most annoying and harmful: aphid infestation that, despite showing a number of similarities with other insects, its effect is much more virulent than the others. However, not everything is bad, because if we catch it early, it is a plague that is easy fight.

How to detect it

This is another positive parts of this insect, that is easily detected despite not be very large, which can range from 1 to 10 centimeters and has a body shaped balloon and soft. In general, although there are many types of aphids, which typically are usually found in marijuana plants can be black, green or yellow and has long legs, two antennas and some species also develop small wings which help them move through the plant. 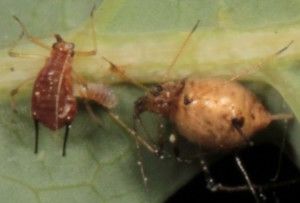 Another feature that is associated with this type of insects is that usually attack weak or stressed plants. Thing they do is suck plant sap, weakening them further and leaving behind a trail of molasses which is very sticky. This means that, where there are aphids, ants will always be, because the last ones feed on this honeydew. Therefore, this is another way of detecting this pest: If there are ants, there are aphids.

Generally, aphids are usually located under the leaves, around the branch knots and new shoots that are about to grow. One of the problems of this type of pest is that it is rated as one of the most dangerous virus carriers. When it appears, in addition to the ants we mentioned above, also the annoying black fungus, which will leave the sheet of the same color will appear. If so, you will not be forced to remove it, to avoid affecting the rest of the leaves that are in good condition. 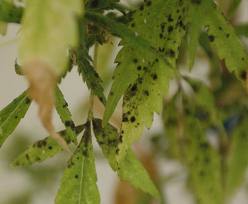 How to remove it

Whenever possible, try to avoid this type of pests. The best home remedy is to put a clove of garlic in your marijuana pot or each you have. And, the smell coming from garlic is so strong and unpleasant for aphids, which can not stand it and will not want to nest in your plant. Garlic should always be tender, if dried, you lose that smell that repels. 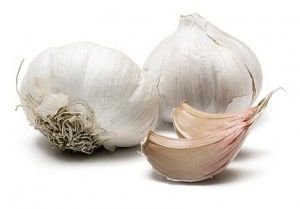 It is also good to spray the plant with neem oil. In addition to providing in a natural way nutrients it needs, it will 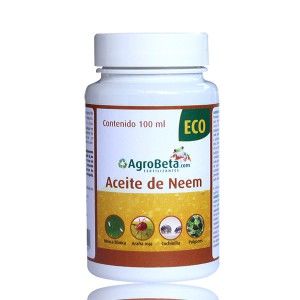 also prevent this plague and other similar insects. This product also can use it when you already have aphids in your plant.

Experts say that if you detect aphid on time and has not spread much, you yourself can remove it by hand, cleaning the leaves of the plant with water, but being very careful so that you do not break any of them.

However, when the plague has already spread, the better you employ a good insecticide, which does not damage the 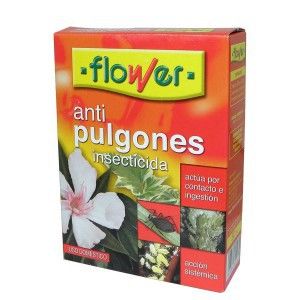 plant, that will restore the vitality it had and, of course, that is not harmful nor for people, not for animals that we have at home. When you choose the one that suits your plant, you should do will be mixed in a spray to the extent indicated by the manufacturer of insecticide and water (preferably having a very low mineral), as neutral and natural as possible . Once you have this prepared mixture you can spray and check that insects have died, and then remove them. Caution with eggs that have left the aphids! If you do not remove it, you will soon have another plague and we do not know if your plant will hold two consecutive pests.
By Noelia Jiménez, Team Piensa En Verde