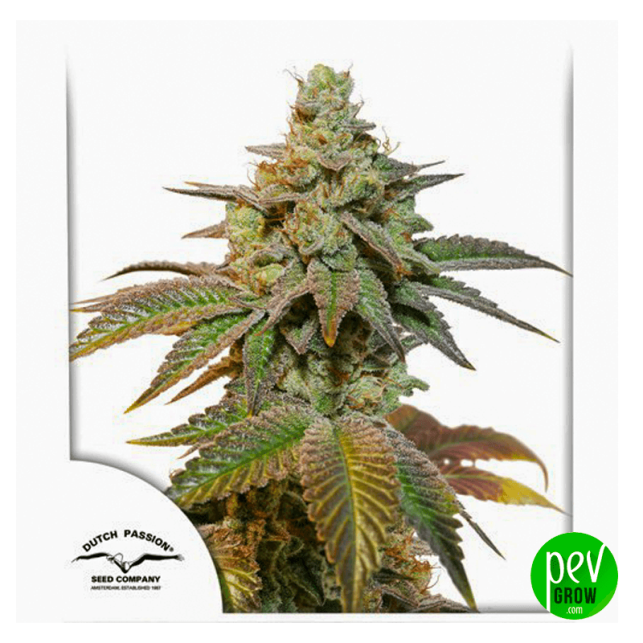 The autoflowering marijuana seeds Auto Kerosene Krash from Dutch Passion contain luxury genetics, as they come from a cross between Gorilla Glue and Sunset Sherbert, to which they have subsequently added the genes responsible for autoflowering with the tasty Auto Glueberry OG. These plants can be considered Auto XXL due to their size and production, and as yerba it is very reminiscent of the normal version, although with a sweeter touch in flavor.

It is a backcross of Kerosene Krash, which was crossed with Auto Glueberry OG and the offspring were re-combined with Kerosene Krash to introduce the genes responsible for autoflowering but without much disruption of the rest of the genetics of that tasty and powerful plant. Her chemotype is hybrid, and she has clearly visible sativa and indica traits.

Forms a perfect structure for indoor cultivation, as it naturally develops very prominent branching and the secondary tips become almost as productive as the main. Normally it is left with a very bushy morphology, not as high as other autoflowers but very well compensated. Its buds have the same density, hardness, and amount of resin as those of the normal version, and they give off an exquisite perfume but but too powerful.

The best way to squeeze out its great performance in indoor cultivation is by putting a continuous photoperiod of 20 hours of light and 4 hours of darkness, which has proven to be the amount and lighting time that best suits these types of plants . You can put 16 plants / m2 in 7-liter pots, or 9 plants / m2 in 11-liter pots, in both ways the entire growing area will be filled with large well-finished buds.

In outdoor crops, it is necessary to plant the seeds in large pots or containers if what we want is to achieve the highest yield. With 25 liters of substrate they develop very well, but it also has to accompany the climate, so its cultivation is recommended in the months that go from mid-spring to late summer.

When are the Auto Kerosene Krash?

Most specimens need around 12 weeks of cultivation to be harvested at their point, counting from seed germination to harvest. Some specimens can be harvested in 11 weeks or even less, but there may also be environmental factors such as low temperatures or cloudy days outside, which can cause the crop to be extended for another week.

How much do these autoflowering seeds produce?

This is very relative, because it depends on many things, but in general the Auto Kerosene Krash can produce around 17.6 oz per 3x3ft ( 500 grams / m2 ) in indoor cultivation, and each outdoor plant can yield between  2,3 oz/plant and 5,4 oz/plant ( 60 and 150 grams ) easily. The production of essential oils is higher than that of other autoflowering varieties, especially when it comes to cannabinoids and terpenes.

How is the aroma and taste of Auto Kerosene Krash?

It is very reminiscent of the Diesel family, that mix between fuel, chemical products, with the earthy background always present… a delight. It smells a lot at all times, during cultivation, drying, and even after curing, when its unique aroma is accentuated that leaves no one indifferent, whether you love it or you don't like it, without a middle ground.

The THC percentage ranges from 18% to 23%, and that's saying a lot for an automatic flowering strain. It is not necessary to consume a lot to fully notice its effects, since they are felt both at the cerebral and physical level, keeping the body very relaxed while the mind does not stop working.

If you add its ease of cultivation, with its great production, its power, and the great aroma and flavor it has, you will see that these seeds have everything that any The grower expects a marijuana plant, but the best thing is that if you order these or other seeds at Pevgrow you will get the best quality / price ratio and the closest service in the entire sector. 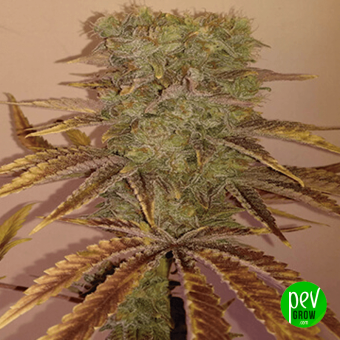 Gorila Moon Auto
$20.58
Opinions and doubts about Auto Kerosene Krash
Leave us your opinion or ask us any questions you have about this seed and participate in the draw!