Although there are still some doubts about its name or what exact blend this variety of marijuana arises, the truth is that it is one of the most requested among marijuana users and is particularly famous in the United States. Like its taste and its strong effect.

There are many things you can tell about Og Kush variety of different seed banks have done with its genetics, in order to be able to offer it to their customers. Something which is not surprising considering its reputation, and its high demand. 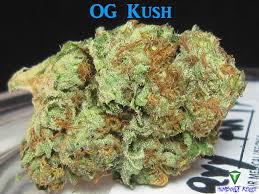 And it is a variety that likes both for its taste and for its effects, used both personally and to end certain ailments effectively. Such has been its success, especially in the United States, its home, even a senator of this country attempt to raise the tax from the sale of the same, due to the rise of sale. However, he failed to go ahead that law for the benefit of all sellers and consumers of it in that country.

This has already happened several years ago, specifically in 2009, but it is not such a new variety, but it takes marketing since the 90s, when three farmers came together to mix several varieties and the result we know today as Og Kush.

Well known also among rappers and athletes, today we focus on the history and characteristics of this variety that you can find in Piensa En Verde , from different seed banks.

Origin of the variety OG Kush

Its name appears on the list of most experienced marijuana smokers, who praise for all its properties, but before focusing on this point, it is interesting to know its history and origin.

Despite carrying the name ‘Kush‘, there is not a plant that grows in the area of Afghanistan or Pakistan, but does so across the world, particularly in the San Fernando Valley in Los Angeles (California) and it is the result (according to most sources, although some differ) from a cross between a cutting from the variety Chemdog and a hybrid variety Lemon Thai and Old World Paki. In 1996 the range is grounded in San Fernando and since then has until now managed to become the best-selling California and No. 1 in the US.

Another question arises about the origin of its name, and some consider ‘OG‘ means ‘Ocean Grown (which grows in the ocean)‘ and others, on the contrary, that is short for ‘Original gansgter‘, the name which Californian music group Cipress Hill have given to late 90s to mention in one of his songs.

A term that refers to marijuana sellers or producers who make it to the top, as in the case of the creators of this famous strain.

Between them, the first version has more followers, although it is still a mystery that the creators did not want to reveal.

Properties and characteristics of the OG Kush

As we mentioned at the beginning, it is a variety that like it for its taste and its strong effect, although in the latter, not everyone agrees. Some claim that it will produce a feeling of immediate rush and yet others say it is what makes you relax completely, thus mitigating the effects of symptoms such as nausea, vomiting, headaches, depression or anxiety. Similarly, some patients say they get alleviate the effects of stress experienced.

According to studies by researchers, variety OG Kush by Dinafem , the best known, contains 24% THC and 0,23% CBD and conclude that the effects are indeed strong, causing a head-rush like few get it.

The type of seed is feminized and can be grown both indoors and outdoors, and its development period of 8 to 9 weeks. This is a small plant, but with many branches and abundant production. Furthermore, the fact that perfectly suits SCROG techniques or SuperScropping makes performance increases. Its flavor is strong and fresh, like its aroma.