Outside the favorite season for growing marijuana, this plant can also be planted in other seasons, obtaining very good results. Just use some specific techniques that allow the cannabis plant to grow, as if it were summer.

How many times have you thought how much I wish I could grow cannabis plants outdoor more than once a year, ie outside the ideal season for this, which begins in May and ends on September / October with the arrival of late summer.

Fortunately, with the systems and tools that currently exist, it is possible to cultivate at other times of year, particularly in spring and autumn. Of course, to make a crop during these times we recommend that you do inside a greenhouse. That should be your main tool, and thereafter, you will hold your outdoor growing, albeit with some changes compared to the traditional way in which it takes place during the summer months.

That is precisely the task of our new post. Now that you know you need a greenhouse or at least some plastic acting as such and isolate marijuana plants from inclement weather, the next thing to know is the type of seed you should use. 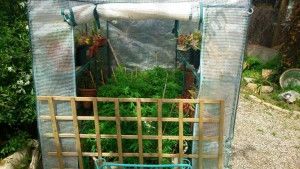 In these cases, we recommend using autoflowering seeds, since they grow much faster than the feminized or regular, only need 60 to 70 days, from the time when the seed is planted. Furthermore, cultivation is much simpler and stronger plants than those of others seeds, allowing more than one culture over the year.

Like all things, grown outdoors outside the usual season, despite the climate of our country so permits, has its advantages and disadvantages. In the latter case, it is worth mentioning that once the plants outside (garden or land you have), then they become acclimated to the time, will not grow and flourish, regardless if they have reached the optimal or not for this size. Something that can be solved if you wait to take them a little more to the outside, ie, it has grown a little more and to get well, better results. 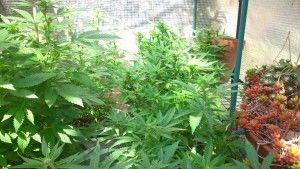 And, now, one of the best parts is that you possess marijuana for personal consumption throughout the year, which may not forbid if only you did in the natural and ideal for growing the marijuana plant (such time as we said, the summer) and, on the other hand, feared thieves, gossips or inspectors will be less attentive to these crops, being out of season and this is no nonsense, especially as the theft is concerned, something that is becoming unfortunately more common.

How to grow marijuana in spring

In these cases and to avoid the dreaded revegetation, ideally set a deadline of harvest would be the month of May. Before removing to outside and harvest them, it is important to let them grow inside until they are sized to that when they leave, the product is lost if the plants bloom. So what do you experts often is planted in small pots inside and from February or March, depending on the type of seed being employed, he will send out. 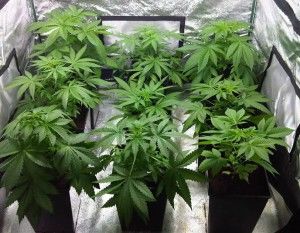 Measures to consider are the same as those of spring, with some differences. The main thing is that if marijuana cultivation is limited to harvest, in the case of plantations of autumn, no. The reason is simple: the constant photoperiod is suitable for all cannabis flowering until 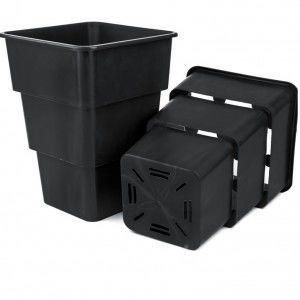 spring and therefore no problems revegetation, as in the case of the aforementioned crop.

What it is recommended in the case of autumn crops is also a way of using plastic greenhouse to help our plants to withstand the cold and rain that occur during this time. Addition and for the roots are hotter and harder to grow, it is also good to use black containers for this. Also lift the pots of soil with insulating material.
By Noelia Jiménez, Team Piensa En Verde

Growing marijuana in cold climates? Yes, it is possible!

Get bigger and resinous buds naturally

How to grow a cannabis bonsai tree

Make your own homemade hydroponic system

How to remove the smell of marijuana in indoor growing