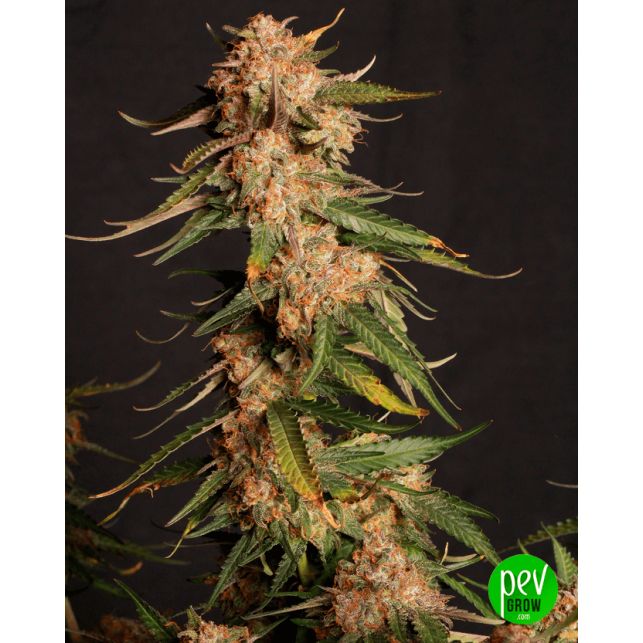 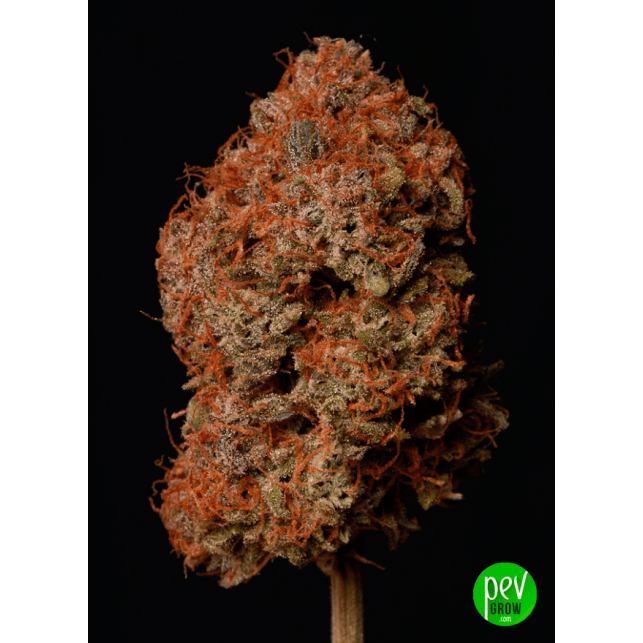 Blue Moby Auto by Seedstockers are very high quality autoflowering marijuana seeds because they are the result of a complex cross between plants famous for their potency, amount of resin and flavor. They are very suitable seeds for people who have recently started growing cannabis for self-consumption because they do not need much care to give a more than acceptable harvest, both in quantity and quality.

I told you that they are the result of a complex cross because the breeders of this brand have combined their Blue Moby with a Moby Dick Auto. It can be considered a kind of backcross because Blue Moby by Seedstockers is made up of Blue Dream, Sour Diesel and Moby Dick, and by crossing with Moby Dick Auto the most interesting genes of this famous strain have been reinforced. It is a very balanced polyhybrid, and practically has the same proportion of indica and sativa, and contains a minimum amount of ruderalis genetics, the necessary to be able to autoflower after 4 or 5 weeks of life.

Normally they end up with a height between 60 and 80 cm, and 2 phenotypes can appear, one taller and branched, and another more compact and columnar. In both cases, the structure is very strong thanks to its thick trunk and branches, and they usually generate a large number of leaves, branches that grow close to the main point, and medium distance between nodes. The buds are harder than most autoflowering, with a velvety presence due to the immense amount of resin they produce.

If you don't have much experience growing autoflowering plants, the most practical thing is to sow the seeds in the final pot to avoid making transplants that can slow down the rapid growth of the plants. In indoor cultivation, you can put 16 plants/m2 in 11-litre pots, and it is highly recommended that the substrate be from a famous brand, rich in nutrients, and add microlife that helps the rapid development of the root system, a key point to achieve success with this type of plants. With All Mix soil you can save fertilization until the plants begin to bloom, but it is very interesting to apply root stimulator in the first waterings. Once you see pre-flowers or the first flower formations, it is a good time to do defoliation, something that Blue Moby Auto appreciates by giving an extra yield.

In outdoor crops or outdoor greenhouses, large harvests can be achieved with these seeds, especially when they germinate in mid or late spring, since in this way their cultivation coincides with the days with the highest incidence of sunlight. To obtain the best results, it is important to plant in pots of more than 25 liters, and just like indoors, they appreciate a defoliation of those leaves that block the passage of light and air to the internal parts. In the case of noticing a high relative humidity in the environment when the buds are formed, or you see in the weather forecast that it may rain, try to protect the plants so that they do not get wet because their dense flowers could end up affected by fungi.

When are Blue Moby Auto harvested?

Specimens of the more compact phenotype only need about 75 days of cultivation in total, but those of the taller phenotype can require up to 2 more weeks, reaching up to 90 days or even more, counting from germination to harvest.

How much o these Seedstockers seeds produce?

The yield is enormous wherever you look at it, so much so that in indoor cultivation you can get more than 600 grams/m2, and outdoors each plant can give more than 100 grams, especially those of the tallest and most branched phenotype. The production of resin and essential oils is also very high, especially terpenes and flavonoids.

How is the aroma and taste of Blue Moby Auto?

They warn us from the seed bank that these plants can smell a lot, a fruity and spicy aroma reminiscent of their grandmother Blue Dream. The flavor is more intense and defined than that of other autoflowering strains, a smoke that surprises due to the large number of notes and sub-notes that are discovered on the palate, with a very smooth mid-palate, and clear nuances of blueberries.

Its percentage of THC ranges between 14% and 22%, but the combination of cannabinoids and the large number of terpenes it hides amplifies the entourage effect to the point of feeling more powerful than other plants with higher amounts of THC. It is one of those effects that is felt equally in body and mind, keeping the muscles relaxed while the brain works at full speed.

The truth is that it is surprising to see how autoflowering varieties have evolved over the last decade, so much so that right now it is almost impossible to differentiate these plants from normal flowering plants. Order your seeds at Pevgrow and start taking advantage of all the advantages of the best online grow shop of the moment.

Opinions and doubts about Blue Moby Auto
Leave us your opinion or ask us any questions you have about this seed and participate in the draw!