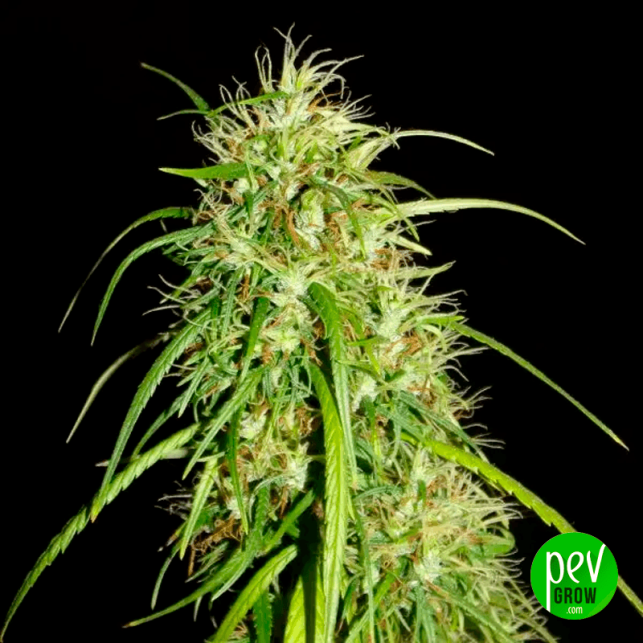 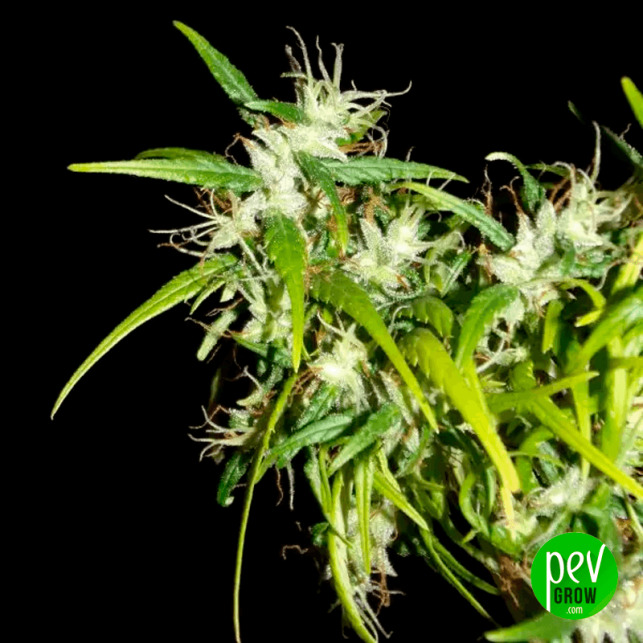 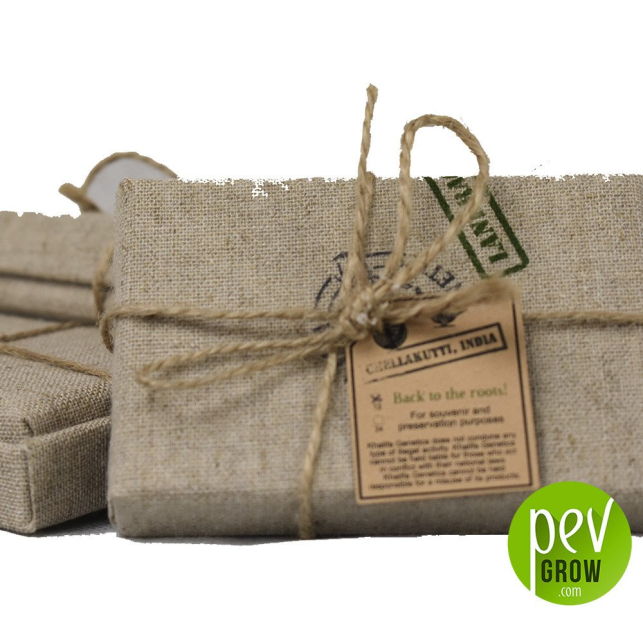 Kerala Chellakutti are regular marijuana seeds from Khalifa Genetics, and represent one of the wildest pure sativa strains on the entire planet, which thanks to the team at this seed bank we can now enjoy in its purest state. If you like strains with a special effect, you cannot miss this natural gem.

It is a native race of southern India, which the inhabitants of this land have preserved for centuries without crossing with other plants. It is a long flowering pure sativa, which has had little commercial history so far, although is part of the genetics of legendary hybrids such as Original Haze .

They are plants that enjoy a great vigor, so they grow at full speed invading all the space that they are allowed, and it is something that must be taken into account for their cultivation. Its stems are relatively thin, quite flexible, and with an average distance between nodes. The leaves are typical of sativas, with thin and elongated leaflets, and a fairly light shade of green. The buds are airy but of a good size, and they begin to fill with resin from the middle of the flowering phase, giving off an intense perfume that is not found in any other current genetics.

If you do not have experience of growing sativas indoors, I recommend growing them outdoors or in a greenhouse, because it is not easy to get the most out of these seeds indoors. However, if you dare to try it, I recommend using a photoperiod of 11 hours of light and 13 of darkness from when the seeds are born, and put them in pots of 3 liters maximum until they begin to form buds. Even if they are put From the beginning with a photoperiod of flowering, Kerala Chellakutti will not show flowers until after about 12 weeks of cultivation, and during this time the highest parts of the plants must be pruned to control their size. It is enough to put 4 plants / m2 to fill the entire indoor crop with buds of this variety, as I said before, they are very invasive plants.

In outdoor crops you can germinate the seeds in midsummer, they will still have time to develop a great structure. Its outdoor flowering begins when most cannabis genetics are about to harvest, but as has great resistance to humidity, it is not affected by autumn or winter rains. The cold can be a problem, so they yield much more if they are grown in greenhouses. If you want to keep their size manageable, the ideal is to leave the plants in small pots until the first flowers appear, as well as make several prunings and training LST. These plants do not need high doses of nutrients, in fact they it works best with moderate amounts of fertilizers both indoors and outdoors, especially nitrogen.

When are Kerala Chellakutti harvested?

Its flowering and maturation period is one of the longest of all commercial marijuana seeds, since needs between 18 and 25 weeks of flowering in indoor crops to be fully mature. Outdoors are harvested between December and January in the northern hemisphere, and between June and July in crops in the southern hemisphere.

How much do these Khalifa Genetics seeds produce?

How is the aroma and taste of Kerala Chellakutti?

The aroma is not very powerful until the last part of flowering, when resin production is accentuated. It is reminiscent of some dishes of typical Indian cuisine, with many spicy and spicy nuances, which are later perceived in a remarkable way in the taste, highlighting the touch of pepper and Haze, being very different from most varieties of marijuana.

From our point of view it is one of the best effects you can find in cannabis, since provides energy, vitality, motivation, and joy, without heaviness or body burden, very clean and long-lasting. It can be a good effect To treat depressions or states of apathy, and from a playful point of view it is ideal for socializing, partying, listening to music, or playing video games.

As you may have seen, these seeds have nothing to do with the ones we are used to planting, their effect and organoleptic properties are not easily found, so that you can have an exclusive treasure in danger of extinction. 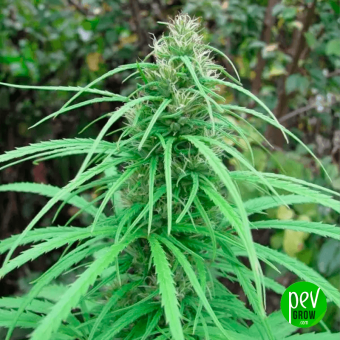 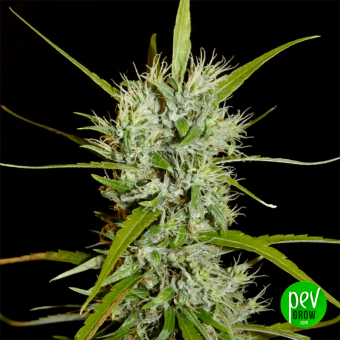 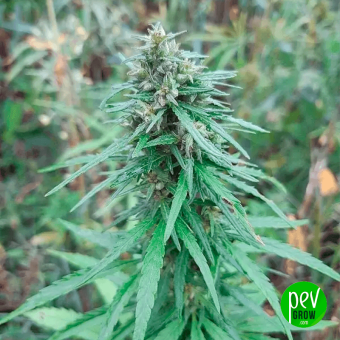 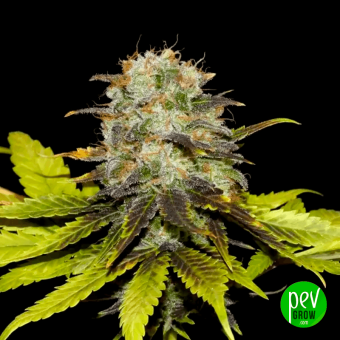 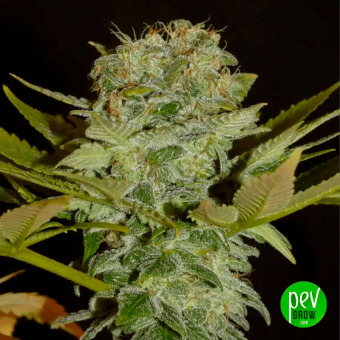 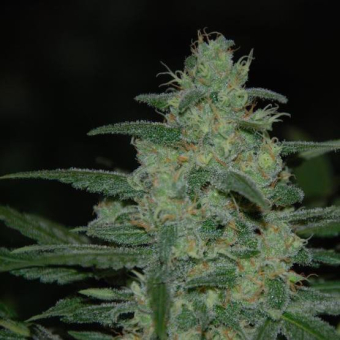 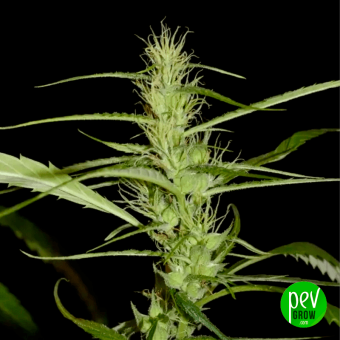 Lao Highland Tribe
$49.19
Opinions and doubts about Kerala Chellakutti
Leave us your opinion or ask us any questions you have about this seed and participate in the draw!