Panty Punch by Seedstockers are feminized marijuana seeds formulated from the crossing of 2 hybrids that stand out from the average for their organoleptic properties and a power that is not suitable for consumers with low tolerance to cannabinoids. If you like the new American genetics, with these seeds you will satisfy all your needs, and they will surely exceed even the highest expectations.

This is a genuine cross between Pink Panties and Purple Punch, and thanks to the combination of their genes and the stabilization work of the seed bank, all the offspring enjoy great hybrid vigor and have brought out the best in each parent. Its chemotype is mainly indica, something that can be clearly seen in its morphology and its effect.

As with other modern polyhybrids, Panty Punch remains quite compact during the vegetative growth stage, with short distance between nodes, strong stems, and broad leaflet leaves. But by changing the photoperiod and moving on to the pre-flowering phase, they stretch the internodes and end up with a much taller and more open morphology. The buds have a very appetizing presence, very compact and resinous, and some specimens even finish ripening with dark tones reminiscent of Purple Punch.

The hybrid vigor that these seeds hide allows them to withstand imbalances or stress problems that in other situations or with other plants could present problems. For this reason they are perfectly adapted to beginner growers, but even so, it is worth seeing some tips that can increase yield and quality. In indoor cultivation they produce very well when subjected to the SCROG optimization method, and putting 9 plants/m2 with 4 weeks of vegetative growth can achieve excellent results. If you are going to do it this way, the most practical thing is to do an apical pruning or FIM in the fourth or fifth node, and after approximately 1 week do the pruning again, but this time to the secondary branches that are higher up. Once the branches have colonized most of the SCROG mesh, they will not allow the passage of light to the lower parts, so low pruning can be done to remove them and thus take better advantage of the plants' energy.

For its cultivation outdoors you have to take into account several things, that the buds are so heavy that they can break the branches, and that they are so dense and tight that once they are formed they do not allow interior ventilation. For this reason, it is recommended to put stakes to tie the branches, and it is important to prevent the buds from getting wet because that could mean a decrease in the harvest due to fungi. Do not skimp on the substrate, use pots of 50 liters or more, or even better, if you have the possibility of planting directly in the ground, do not hesitate.

When are Panty Punches harvested?

How much do these Seedstockers Seeds Produce?

They produce a lot in general, both buds and trichomes, cannabinoids, terpenes, etc. Bud yields can exceed 500 grams/m2 indoors, and outdoors each plant can yield over 1,000 grams if seeds are germinated in early spring in a garden with plenty of direct sunlight.

How is the aroma and taste of Panty Punch?

Both Pink Panties and Purple Punch have among their ancestors the mythical OG Kush, and this is the reason why Panty Punch shares the same aroma and flavor, with that mix between pine, lemon and fuel, although some phenotypes also show a part delicious fruity.

What kind of effect does the consumption of this cannabis cause?

At first it speeds up your thoughts a lot, changes your view of the world and in a way makes you feel joy and satisfaction, very uplifting. However, the most remarkable thing is felt on a physical level, with muscle relaxation that invites you to sit or lie down, forgetting the pain for more than 2 hours, and in cases where it is consumed a lot, facilitating deep sleep. Published cannabinoid analyzes of this plant have shown a THC concentration that can exceed 30%, something within the reach of very few varieties.

Lovers of American weed are going to really enjoy these new seeds, because in addition to having a gourmet flavor and a more than acceptable production, they have entered the select club of cannabis genetics with THC levels above 30%. At Pevgrow we will be happy to send you these or other seeds to your home in the shortest time possible and with an unbeatable quality/price ratio. 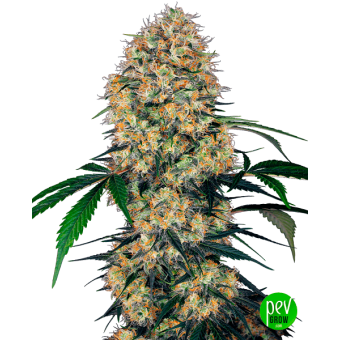 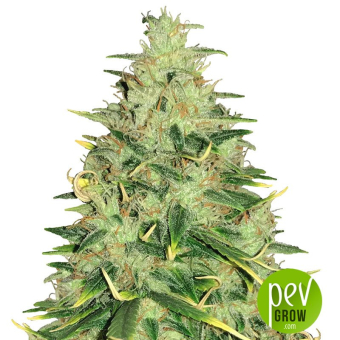 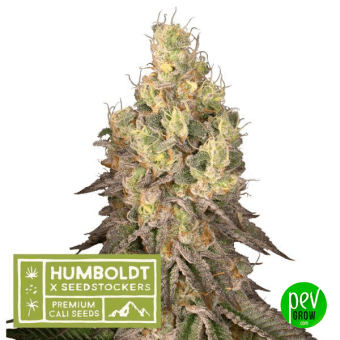 Mack And Crack
$47.79
Opinions and doubts about Panty Punch
Leave us your opinion or ask us any questions you have about this seed and participate in the draw!