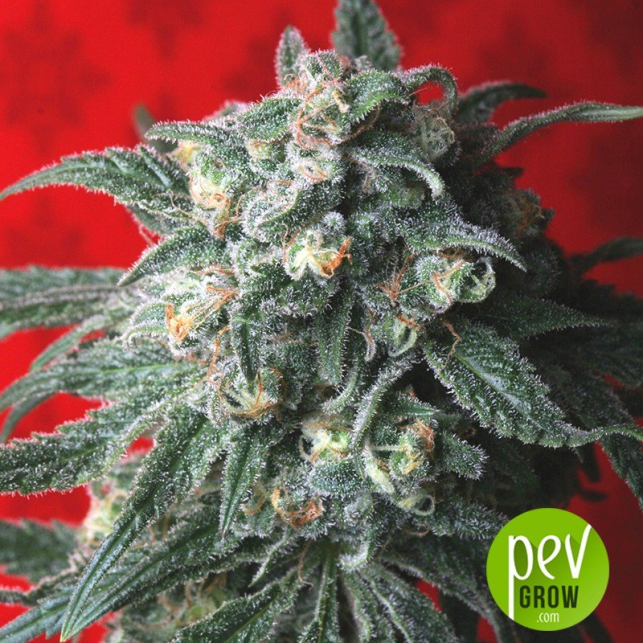 This F1 hybrid californium-Afghani, was grown in Holland for indoor productions. The father of this A-Train comes from the heart of the production of hashish, while the mother is the Trainwreck California, a strains only cloned medical marijuana community on the west coast, known for its excellent buzz and taste refreshing. The best configuration for the A-Train is the multi-branched plant. It is shaped spacecraft with extensible lower branches and a slight tendency to lie on the floor or lean on it. For this reason, we recommend the use of auxiliary supports, or instead, screens, for those who want to control the growth of their children. If allowed unchecked growth, the branches should be reorganized to maximize light incident on the buds. Either way, it is advisable to cut the lower branches to preserve all the energy needed in the formation of buds at higher levels of the plant. Growers considering production priority should be considered for this species hydroponics option, while those that focus more on taste, it would be better off with soil. However, the A-Train loves organic food. When grown in hydroponics, the TH Seeds prefer Botanicare Pure Pro and Liquid Karma Blen to saturate the enzymes. During the peak flowering Bud Swell can be used. If this species is exposed to an environment too wet, the plant may lose strength and be prone to problems. On the other hand is a plant clean, dry and relatively low odor. This species matures in seven or eight weeks and a half. Four times its height during this time starting from which the force - if the plant starts flowering cycle with one foot (30cm.) will result in a plant of four and a half to five feet (130-150cm.). As you grow, the less consistent branches begin to dye green, and tend to form many buds. If pruned vertically, the A-Train produces between 25 - 35 grams (approx. 1 oz) per plant. When grown in soil with one-gallon containers (3.7 liters) can produce between 35 - 55 grams per plant. With pots of 5 gallons (20 liters) plants generate 50 - 90 grams each. Harvested buds are round and compact, reminding nut clusters coated with a resin film. When you inhale you can feel lemony-mint flavor, which comes with a clear buzz very productive and satisfying, and a good balance between mind and body rush. On the other hand brings a sweet breath that remains in the mouth, with hints of Afghan hashish flavor that sends you straight home, and you can drop all the charges of the day. The buzz of this kind will gradually calm, but you will reach a state of stupor. Results from a combination of two species commonly used by the medical marijuana community, such as relief for mental and physical discomfort.

New product
Opinions and doubts about A-Train TH Seeds Autoflowering
Leave us your opinion or ask us any questions you have about this seed and participate in the draw!