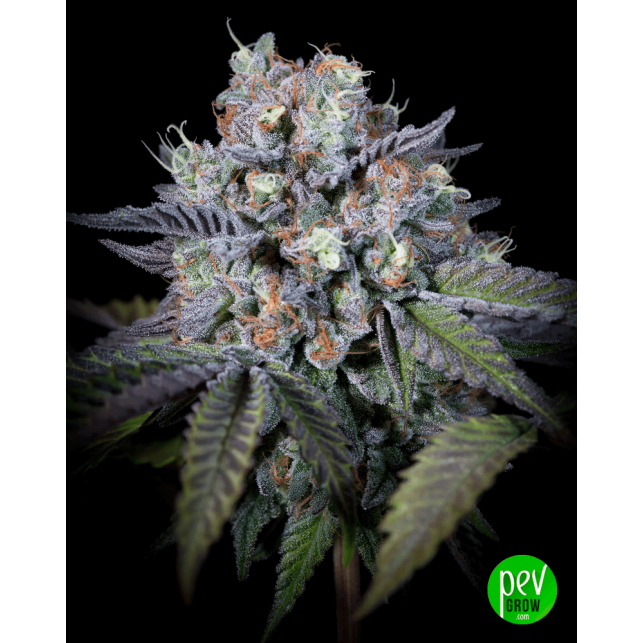 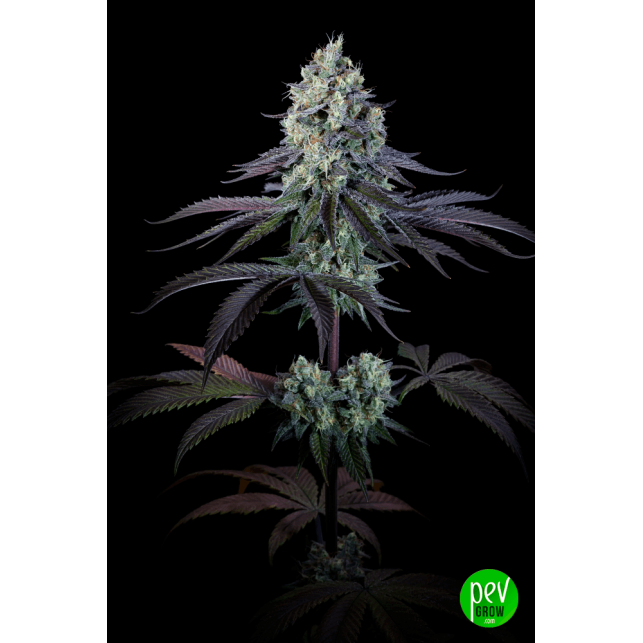 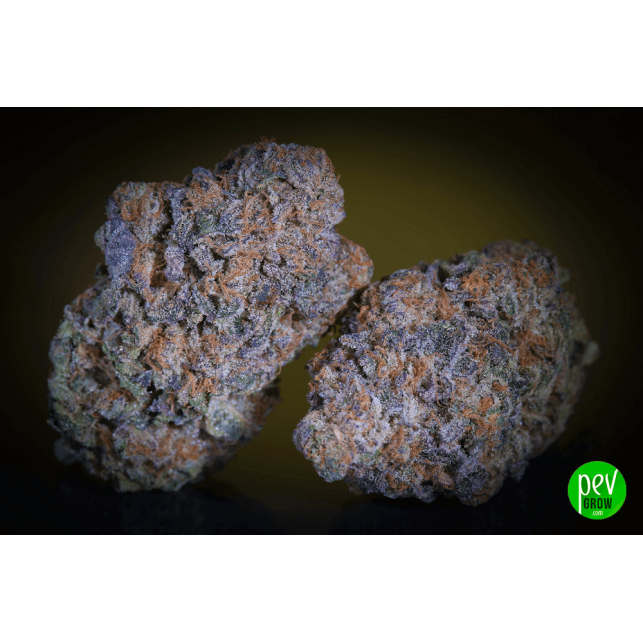 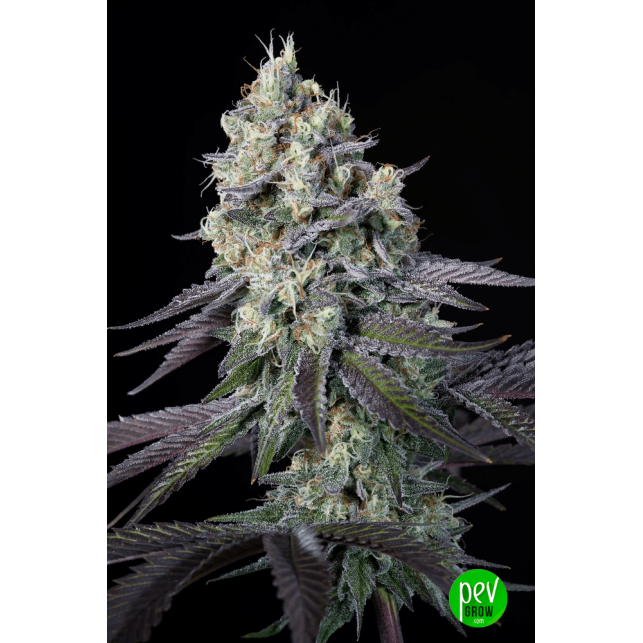 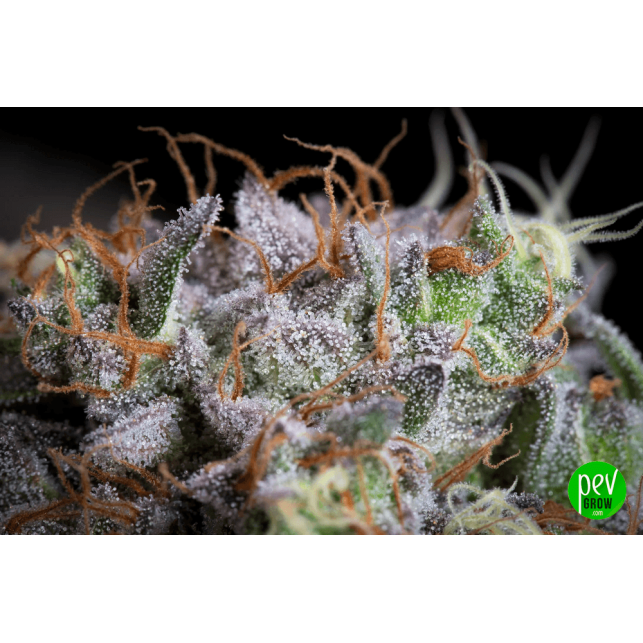 Purple Mints by Paradise Seeds are special feminized marijuana seeds for lovers of the indica effect, since their genetics combine legendary and current varieties that stand out for their relaxing and medicinal power. But these seeds hide many other qualities that you have to know, so I recommend you read the following description.

What is the genetics of these seeds from Paradise Seeds?

This is a spectacular 3-way cross between Purple Kush x Skunk#1 x Cookies, but at first the first 2 were combined and a great specimen of the offspring was crossed with the famous Cookies to increase its potency and define its exquisite flavor. The resulting variety can be considered a polyhybrid with an indica load greater than 75%.

It is enough to take a look at its photos to realize that it is a special herb, with some buds that fall in love at first sight due to their purple tones that contrast strongly with the brilliant heads of the glandular trichomes. They are very dense flowers thanks to the low proportion of leaves that it produces, something that is also very interesting because it facilitates the manicure work prior to harvest.

As a plant it is quite manageable both in height and in width, because it normally develops a very columnar morphology and ends up in the shape of a bush when allowed to grow naturally. The leaves show fairly wide leaflets, and the distance between the nodes of the structure is minimal until pre-flowering begins. When grown outdoors in places where the temperature cools at night they turn darker colors earlier than indoors or grown in warmer regions.

As it is an indica genetic, it is necessary to give enough vegetative growth time so that the plants end up with a good size, since in flowering it stretches very little compared to other varieties. In indoor cultivation, 16 plants/m2 can be placed perfectly and give about 4 weeks of growth before changing the photoperiod, in this way they will fill the entire illuminated space with large and colorful buds. From our point of view, it is better not to do air pruning in indoor cultivation, but it is interesting to do low pruning to remove all the branches that do not receive enough light.

On the other hand, in outdoor cultivation it can be interesting to do topping to encourage branching as much as possible and in this way that the production of buds can be better distributed throughout the structure. In this way we avoid that most of the performance is concentrated in the main tip, because one of the negative points of Purple Mints is their vulnerability to fungi, and in that case, the larger, denser and more compact they are, the worse they are when exposed to humidity. . If you want to maximize its organoleptic properties, remember that it is best to feed the plants with fertilizers of organic origin.

When are Purple Mints harvested?

When they do not have limiting factors, the yield of buds and resin is brutal, so much so that indoors they can reach 650 grams/m2, and outdoors each plant can give about 900 grams dry. We must also take into account the large production of essential oils, which are also loaded with terpenes, cannabinoids and many other active ingredients.

What is the aroma and taste of Purple Mints like?

With ancestors like the ones this variety has, it is not surprising that its aroma and flavor is truly extraordinary, a mixture between the acrid and fruity of the Skunk combined with the menthol, balsamic and diesel touch of the Kush and Cookies. Some consumers have declared that this smoke reminds them of strawberry and banana yogurt in the mouth, and it is a very special type of fruity.

What kind of effect does this weed have?

Although in the initial part it has a very interesting euphoric point, the most notable effect of Purple Mints is its relaxing capacity at the muscular level, one of those varieties that leave you glued to the sofa with a very pleasant body heaviness. When a large quantity is consumed, its sedative and narcotic part increases, to the point of leaving you completely asleep. It also has great sedative power thanks to its high THC concentration, which can exceed 22%.

Paradise Seeds has done it again, we are sure that these seeds will bring much joy to this mythical Dutch brand as well as to all the consumers who try them. Place your order at Pevgrow and take advantage of the best quality/price ratio on the market and a satisfaction guarantee that you will not find in any other store.

You may also be interested in:
Opinions and doubts about Purple Mints
Leave us your opinion or ask us any questions you have about this seed and participate in the draw!