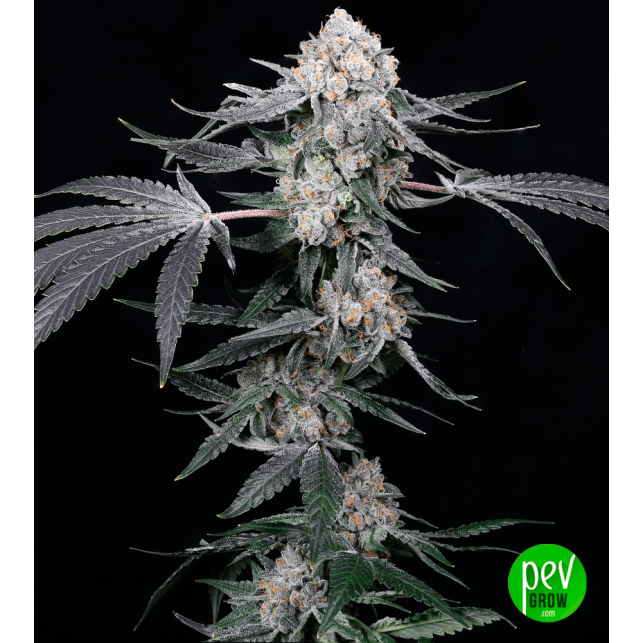 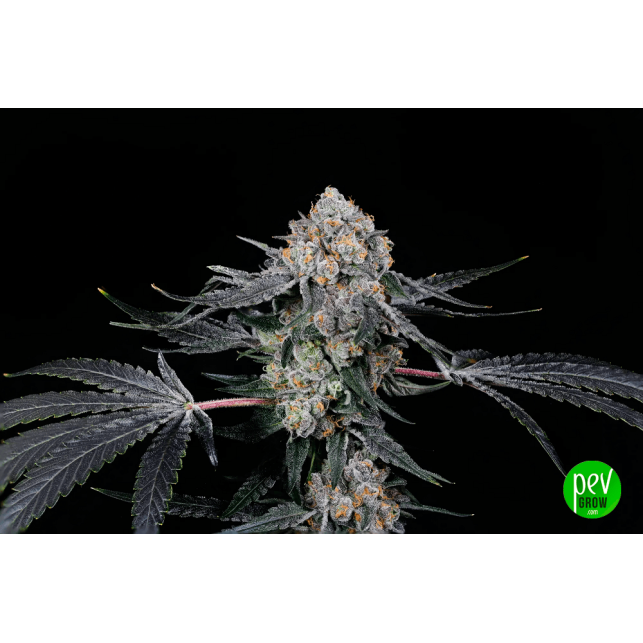 High Society feminized marijuana seeds by Paradise Seeds are the result of a fusion between 2 polyhybrids that stand out for their dense buds loaded with resin, a unique aroma, and above all for the quality of their effect. I could tell you 1000 good things about these seeds, but the best thing is that you see it for yourself and for that there is nothing better than reading what follows.

What is the genetics of these seeds from Paradise Seeds?

For the development of this new strain, the breeders of this seed bank chose an exclusive Californian plant, the Biscotti from the famous Cookie Fam, and had the idea of ​​mixing it with an elite clone that has been causing a lot of talk in the United States for the last 2 years, the delicious and powerful Jet Fuel Gelato. The resulting strain is an indica/sativa polyhybrid that displays a higher indica ratio.

How is the High Society morphologically speaking?

They are plants that tend to stretch their structure, especially some phenotypes during the first 2 or 3 weeks of flowering, to end up with an open, branched morphology, with a wide distance between nodes and very moldable. The flowers are of a very good size, shaped like a golf ball and have a really interesting calyx/leaf ratio, very hard and totally sticky due to the trichome bath that covers them. Many phenotypes finish flowering with the typical dark colors that most descendants of the Cookies line tend to show.

Its cultivation is not very complicated, and they can be seeds suitable for growers with any level of experience, but you have to take into account some things to get the best results. As you well know, many American varieties such as the hybrids of Girl Scout Cookies, Gelato, or Gorilla Glue, among others, can show hermaphrodite signs when exposed to stress situations, so you have to try to maintain the correct environmental parameters, respect the darkness total during the nocturnal phase of the plants, and fertilize sparingly so that the High Society does not become stressed.

In indoor cultivation you can put 9 or 12 plants/m2 in 11-litre pots, but you don't need to plant the seeds in the final pot, since it is more interesting to transplant to make the most of the nutrients contained in the substrate 4 weeks of vegetative growth can be given, but keep in mind that some phenotypes hardly stretch during pre-flowering but other plants can double their size according to Paradise Seeds. This genetic responds very well to pruning, and it is interesting to do apical or FIM at the fourth or fifth node, and another pruning a week or 10 days later to the secondary branches, in this way the High Society will be able to develop a more interesting morphology in indoor cultivation.

In outdoor crops and outdoor greenhouses, the seeds can be germinated in mid-spring, and it is important that the plants have at least 2 months of vegetative growth before starting to flower. At that time you have to try to do 3 prunings to give the plants a shrub shape and in this way they can receive more light and ventilation throughout their structure. It is advisable to place support stakes for the branches, because these seeds tend to concentrate most of the weight on the tips. It is better to use organic nutrition for several reasons, the main one being for the quality of aroma and flavor that is achieved, but also because they tend to assimilate it better than mineral fertilizers.

When are High Society harvested?

As it is not a totally uniform strain, faster specimens can come out and others that require a few more days of flowering, but in indoor cultivation the estimated flowering period is about 10 weeks. In outdoor crops in the northern hemisphere they are harvested in mid-October, and in outdoor gardens in the southern hemisphere the plants are usually cut in mid-April.

In indoor cultivation, a harvest of 400 or 500 grams/m2 can be obtained, depending on the light power and the skill of the grower. On the other hand, outdoors you can obtain a yield of 600 or 700 grams per plant. Another important issue is the production of resin and cannabinoids, and in this case it may be that we are dealing with one of the most productive varieties today.

How is the aroma and taste of High Society?

It is very original, the genuine American flavor that has triumphed in the last decade. The aroma is very light until you rub a bud, at which point it releases a fragrance of toasted nuts, cinnamon cookies, and a hint of sweetness similar to Gelato. The flavor after the curing of the yerba is the closest thing to having breakfast, a mixture of pastries and French toast that you will not want to stop tasting.

It is one of those herbs that you do not need to consume a lot to enjoy its potency, because thanks to its high levels of THC and terpenes the entourage effect is very strong, and it is enough to take a few puffs to notice a change in the perception of things, an improvement in mood, some drunkenness, and a great body relaxation.

Surely you have heard a lot about Gelato or Cookies and you really want to try them, and the best thing is that now you can have both together in these feminized seeds that you can get at Pevgrow with the best quality/price ratio on the market.

You may also be interested in:
Opinions and doubts about High Society
Leave us your opinion or ask us any questions you have about this seed and participate in the draw!