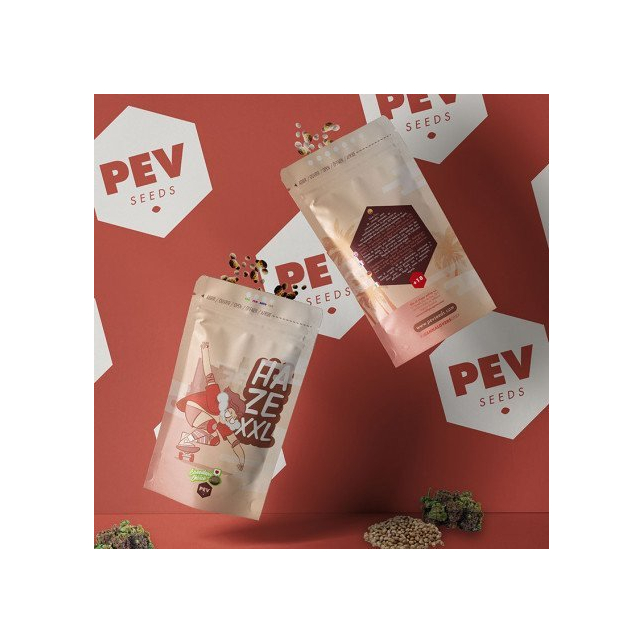 The Haze is undoubtedly the best man-made sativa hybrid in history. Its appearance changed the course of the cannabis sector forever, they have dedicated songs to it, they name it in movies and it is the favorite weed of many consumers. But what does this marijuana have that makes it so special? If you continue reading you will see that his fame is no coincidence...

What is the genetics of the mythical Haze?

Originally it started as a cross between Colombianas and Mexicanas, a typical mixture very common in the late 60s and early 70s. Then Thai genetics was added, and later Kerala, from southern India, was added. It came from the hand of the "Haze Bros", some brothers who produced sativa weed and lived in California.

The fact of mixing different sativas geographically distant from each other caused the offspring to enjoy the most powerful hybrid vigour achieved to that date. Without knowing it, they had created a monster that greatly surpassed all known sativas.

The first Haze seeds were offered in Sacred Seeds' first catalogue, at a price of $5 per seed, in 1978, a fortune for the time.

How's the variety of marijuana Haze?

It is a tall hybrid, grows with extraordinary vigor, branches a lot, and stretches the knots like a good sativa. Its leaves are elongated, fine and with a shade of green rather light. During flowering continues to grow a lot, forms long buds, fine and aired, with good level of resin and aroma.

There are several phenotypes, usually come out more like the Colombian, although those who pull more towards the Thai side are very appreciated. The purple phenol caused a sensation not only because of its colour, as it contained a sweeter taste and an electrical effect.

One of the best features of the Haze is not visible to the naked eye, and is that it always improves the crosses where it intervenes. That's why we have so many Haze hybrids on the market today.

The Haze of PEV Seeds descends directly from the Original Haze that came to Holland by the hand of Sam The Skunkman in 1984. In order to feminize these seeds a very little dominant reversed plant was used, which does not interfere hardly in the crossing.

How is Haze grown indoors and outdoors?

It's really not a suitable strain for those who start growing marijuana. This variety requires some cultivation experience, first because it stretches a lot, but also because its flowering is long and needs more care than other hybrids or Indicas.

In indoor cultivation can be put directly with flowering cycle, this way it will grow less and can be tamed better. It is important to prune from small, and it is very interesting to place a net or mesh to control its height using the cultivation technique known as SCROG.

In outdoor cultivation is not suitable for cold climates, as its harvest is late and may not finish it. In these cases it is better to grow the Haze in a greenhouse, thus protecting it from the cold, rain, and other environmental problems. If you don't want it to become a tree you'll have to germinate late, even in early or mid-summer.

When is feminized Haze harvested?

Indoors it takes 2 and a half to 3 months to complete its flowering properly, so it may be excessive for some growers. Outdoors can be extended until mid or late November in the northern hemisphere, and mid or late May in the southern hemisphere, as always in life, the best is worth the wait...

During the maturation of Haze you will see in some phenotypes a spectacle of colors, dark tones that contrast with the white and shiny resin.

How much do PEV Seeds Haze produce?

The production is quite high in general, but we cannot say that it is a commercial variety, because to obtain this yield we have to wait a long time. In indoor crops illuminated with 600w HPS it is possible to get more than 400 grams per square meter.

When grown outdoors it is easy to achieve high yields, especially in warm climates, tropical and subtropical climates. When it lacks nothing Haze produces massively, and in many cases you can get more than 1 kilo of dried buds with each plant.

How is the taste of Haze marijuana?

If there's a complex flavor in the realm of cannabis it's Haze, a strange blend of incense, spices, citrus and certain fruity nuances, with a spicy touch. The density of the smoke is extraordinary, you can almost chew it. Taste lasts in the mouth long after smoking.

A curiosity of this plant is that in a room where Haze has been smoked, no matter how much other varieties are smoked, when you come in you will only smell Haze. Its smoke floods the room in such a way that it leaves no traces of other smokes.

This is where you'll find the feature that made this weed the best sativa in the world. The effect is so powerful that it is not recommended for inexperienced consumers. High psychoactivity, clean, which is said to have no roof, because the more you smoke the higher you go.

As soon as it goes down, the effect lasts a long time but when it's over you don't feel a heavy body, it's very stimulating and inspiring. We're sure that many of the great songs and movies of the late 1970s and 1980s came from brains doped with Haze.

This quality of effect has created a number of fans all over the world who are only looking for this kind of psychoactive power, the so-called "Haze Lovers". There have been attempts to incorporate many hybrids but trying to reduce their flowering time.

Surely right now you need to try the legendary Haze, feel for yourself the influence of the variety of cannabis that marked a milestone in the history of cannabic genetics. Luckily you've come to the best place on the web to achieve that purpose, as Pevgrow offers you the best feminized version of the super sativa Haze, at a price you won't be able to resist. So let's go. Get it now!

You may also be interested in:
Haze XXL Auto of PEV Bank Seeds 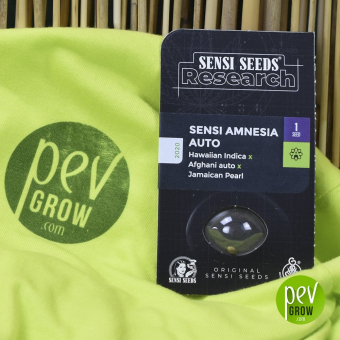 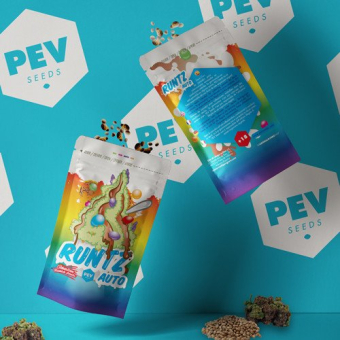 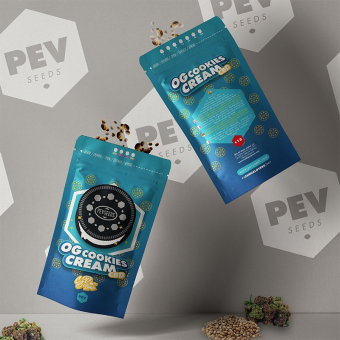 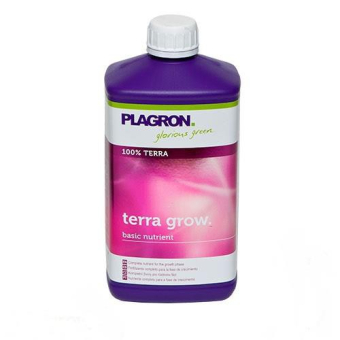 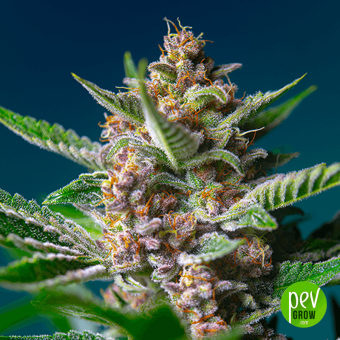