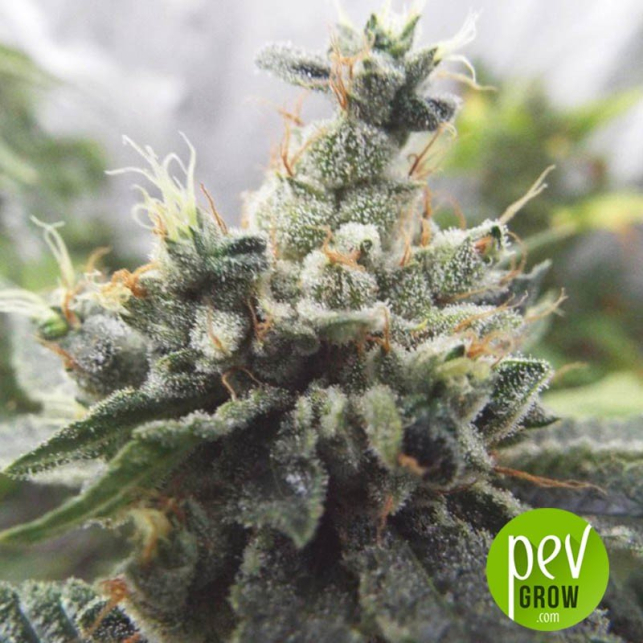 Zendu Kush are regular cannabis seeds created by TH Seeds in collaboration with Shiloh from Massive Creations. This is a limited edition of very few packages for everyone, so if you want to try them you'll have to hurry, because there are many lovers of these special genetics.

What is the genetics of Zendu Kush?

It is a very balanced 3-band cross, Skittlez X Hindu X OG, and contains traits in equal parts of the 3. It is a polyhybrid mostly indica, about 70%, and the sativa part is only seen in the type of effect and speed of development.

It grows forming a solid structure, strong and with branches that remain at a height near the main tip, so it is special for indoor cultivation. Its leaves look like an indica, very much in the style of the Hindu, like the buds, dense and very hard. One of the highlights is the amount of resin that produces,even in the large leaves, an extra reason to choose this plant.

Can Zendu Kush be grown indoors and outdoors?

Of course, it behaves perfectly indoors, and its morphology is perfect for making the most of light. Putting 16 plants per 3x3ft (m2) in 2.9 US gal (11 litre) pots is enough, but keep in mind that they are regular seeds, I mention this because it is very possible that after sexing there are only half of the female specimens left.

On the other hand, when growing in the sun, it is preferable to do several prunings, the more the bud formation is distributed the better, and the light and air can penetrate better through its structure, which is very beneficial. In the case of planting directly in the ground or in a large pot, it is better to place stakes or some kind of support.

We strongly recommend to use nutrients of organic origin, because Zendu was created thinking of making a kind of Kush with a fruity and intense flavor, and of course, the best way to enhance that is with this diet.

When is the Zendu Kush harvested?

Its flowering time can be considered standard, since in indoor cultivation can be cut at 8 or 9 weeks of flowering, there are some phenotypes that can be harvested somewhat earlier, but in general you will have to wait about 60 days.

How is the production of this regular variety?

The resin yield is impressive, overflowing, along with the flavor I would say that is its quality that will more generally like those who have the pleasure of growing this lady.

The fusion between the 3 genetics it contains has resulted in an exquisite, biting aroma full of small nuances. When you rub its buds during flowering is like when you develop a fruit candy, which highlights the sweetest citrus.

The flavor is clearly a candidate to become your favorite weed, intensely fruity like its smell, but in this case accompanied by the classic oil notes of the OG, which also contribute density and consistency to the smoke.

What can we expect from its effect?

When 2 breeders like Shiloh Z from Massive Creations and Adam from TH Seeds get together it's not going to be to create a smooth high strain at all. The effect is not suitable for users with low tolerance, as the brain travels at full speed while it seems to separate from the body, because physically it is very relaxing.

The only drawback to this variety is that it is a very limited edition, as these seed banks usually do. I just tell you to hurry if you want to be one of the lucky ones to try it, and likewise I advise you to keep a mother because they are treasures that only come out a few times in a lifetime. 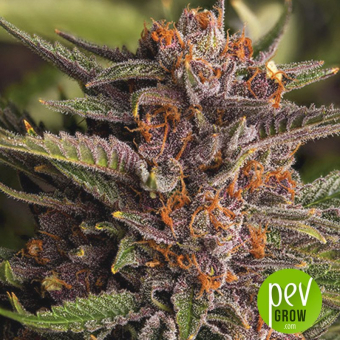 Tropical Fuel
$34.56 $36.38 -5%
Opinions and doubts about Zendu Kush
Leave us your opinion or ask us any questions you have about this seed and participate in the draw!